- This website provides information relating to the main procedures that Mr Norris performs for his NHS and private patients. Images and answers to common questions are provided.

- Mr Norris is currently able to provide video consultations where possible for patients. This is a straightforward process and we will teach you how to do this. Please contact us at jo@jonathannorris.co.uk or call 01993 844688 if you would like to arrange this.

Mr Jonathan Norris is a Consultant Oculoplastic and Ophthalmic surgeon based at the Oxford Eye Hospital. He also practices at the Nuffield Manor Hospital in Oxford, Stratum Clinics in central Oxford and BMI The Ridgeway in Swindon. Mr Norris is a trained Ophthalmologist who has developed a specialist interest in oculoplastic (eyelid), lacrimal (tear duct) and orbital (eye socket) surgery.  Mr Norris also specialises in cosmetic surgery around the eyes (blepharoplasty) and is a member of the British Oculoplastic Surgery Society. He has a keen interest in eyelid reconstruction and has published several papers relating to this. Mr Norris was awarded a Bronze National Clinical Excellence Award in January 2022 for services to the NHS.

Mr Norris is a previous Fellow of the National Institute of Health and Clinical Excellence. He is a current examiner for the Royal College of Ophthalmologists and an Honorary Senior Clinical Lecturer in Ophthalmology at the University of Oxford. In 2017 he completed an MSc at The University of Oxford (Surgical Science and Practice) passing with distinction. Mr Norris joined the Editorial Board of Clinical and Experimental Ophthalmology as an Orbital & Oculoplastics Section Editor (2019-21) and is currently Oculoplastic Section Editor for Eye.

Mr Norris has written over 80 research papers relating to Ophthalmology and Oculoplastic surgery and has presented at both national and international meetings. He also has an interest in training and is currently Training Programme Director for the Thames Valley Deanery for Ophthalmology.

During the current COVID-19 outbreak Mr Norris is currently able to offer video consultations for patients at a reduced fee. A video consultation can help provide a diagnosis for you where possible and if further treatment is required we can reduce waiting times.

What is oculoplastic surgery?

Oculoplastic or oculo-facial surgery is often performed by eye surgeons who have undergone specialist training in eyelid and facial plastic surgery. An oculoplastic surgeon understands the complex relationship between the eye and the surrounding structures, which is particularly important when undergoing treatment in this region. Oculoplastic surgeons are also trained to consider the aesthetic aspects of the procedures they perform.
Treatments provided include:

For further information regarding these conditions please refer to the conditions or procedures section.

Mr Norris is a dedicated oculoplastic surgeon who routinely performs specialist surgery relating to the eyelids and surrounding structures. His approach is to provide a thorough, honest and personalized service with the aim of delivering good quality care. Mr Norris will offer a clear individualised management plan, so that patients know exactly what to expect from the outset. Mr Norris uses a conservative approach and will only advise surgery if there is clear indication.

Mr Norris offers a same day service to surgically remove lesions occurring on the face and around the eyes.Learn More

Mr Norris has clinic appointments available  in the evening on weekdays. Learn More 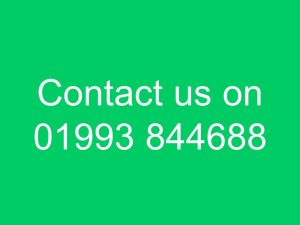